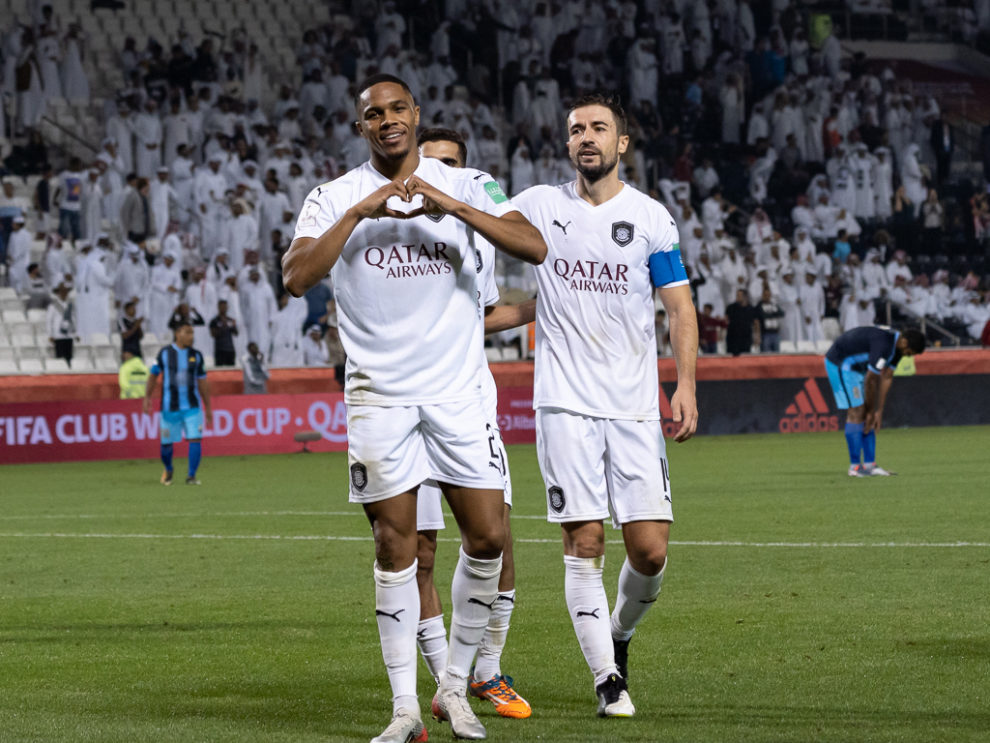 No one could have asked for a better and a gripping first match of the 2019 FIFA Club World Cup than the match between host team Al-Sadd and Hienghene Sport. The match took place at Jassim bin Hamad Stadium on Wednesday in Doha, Qatar and the host team emerged victorious against Hienghene Sport with the help of two goals scored in extra-time.

The match stood draw at a score of 1-1 until the starting of the extra time when the host team put everything in the game and was able to score two goals to attain insurmountable lead against Hienghene Sport.

The host team continued to display their striking performance from the Arabian Gulf Cup, in the first match of the FIFA Club World Cup and soon gained a lead on the New Caledonian football team with Baghdad Bounedjah scoring the first goal in the 26th minute of the game.

Not only did Al-Saad gain a lead against the New Caledonian team but also completely overshadow their opponent by possessing the ball for the majority of the game. Moreover, the host team displayed a better performance on all fronts of the game, with minimum fouls and highest pass accuracy and passes in the game.

Within minutes of extra time, Abdel Karim Hassan scored a goal in the 100th minute with a free-kick inside the box to put the host team in the lead. Soon after, Ro-Ro sealed the host team’s first win of the FIFA Club World Cup tournament by scoring a goal in the 114th minute of the game. The next match of Al Saad will take place against Monterrey on December 14.

Never for once, after seeing the gameplay of the host team, it seemed that the host team is playing for the first time in the tournament filled with international teams with every team being a champion.

Apart from being the biggest football tournament held in Qatar till now, Club World Cup 2019 is also the first football competition that includes an extra doctor or a ‘spotter’ in the stands to identify the injured players and possible concussions.

According to the reports, the spotter will not only have access to a video review display but will also be in contact via radio with the pitch side doctors. The move to include the spotter comes after the unified calls to introduce better concussion protocols in football from the world players’ union FIFpro and numerous neuropathologists as well.

Can Al-Saad and Al-Hilal Create History in FIFA Club World Cup?
Saudi to Host World Snooker Ranking Event for the Next Decade
Comment