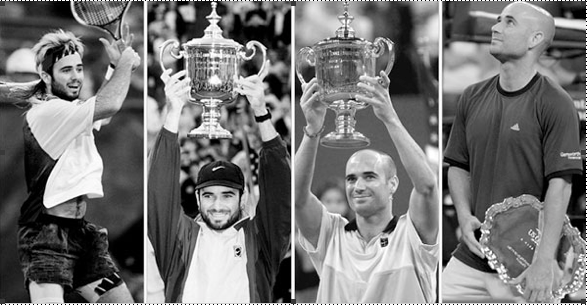 You would be surprised to know, but Andre Agassi hated Tennis yet he ended up becoming a prodigy, anyway. Professionally approved drugs can make anybody Andre Agassi or Michael Schumacher. And no, it’s not Crystal Meth, if you thought so, because Andre quit doing it a long ago. Moreover, Crystal Meth is not even approved in any manner.

Andre Agassi has certainly aced Tennis over the years, regardless of whether the temperature was ratcheting or his game’s intensity. But nobody bothered wondering how did he manage to be flawless all these years without making a mistake and stayed away from injuries, especially after training under his coach – Gil Reyes.

Blame it on his ‘always angry’ father for making Agassi’s childhood disturbed, but Andre had a thing for drugs. It started with Crystal Meth, a strongly addictive drug that impacts the brain’s central nervous system and escalated on to the ‘Gil Water’.

Besides caffeine, pizza oven, and snowboarding; Agassi added the Gil Water to his list of addictions.

In one of the magazine interviews, his trainer revealed how Andre stayed ‘away from injuries for almost decades’, which was clearly the result of his ‘Gil Water addiction’. Even though Reyes mentioned about stretches with resistance tubing, bench-presses, and dumbbells, but he totally forgot mentioning his own product – the Gil Waters which certainly did all the magic.

Dymek is a crazy football fan who cannot stop himself from breathing, dreaming, playing, and writing for football. He has an experience of two years in covering major sports events as a freelancer for many renowned portals. He is currently also working on several social service programs for unprivileged children.

Ben Stokes to Wayne Rooney: Here’s Proof that 2017 Was An Eventful Year of ‘Dirty Controversies’
Michael Schumacher Dead or Alive: Why Is the F1 Star’s Health Status Kept a Secret?
Comment