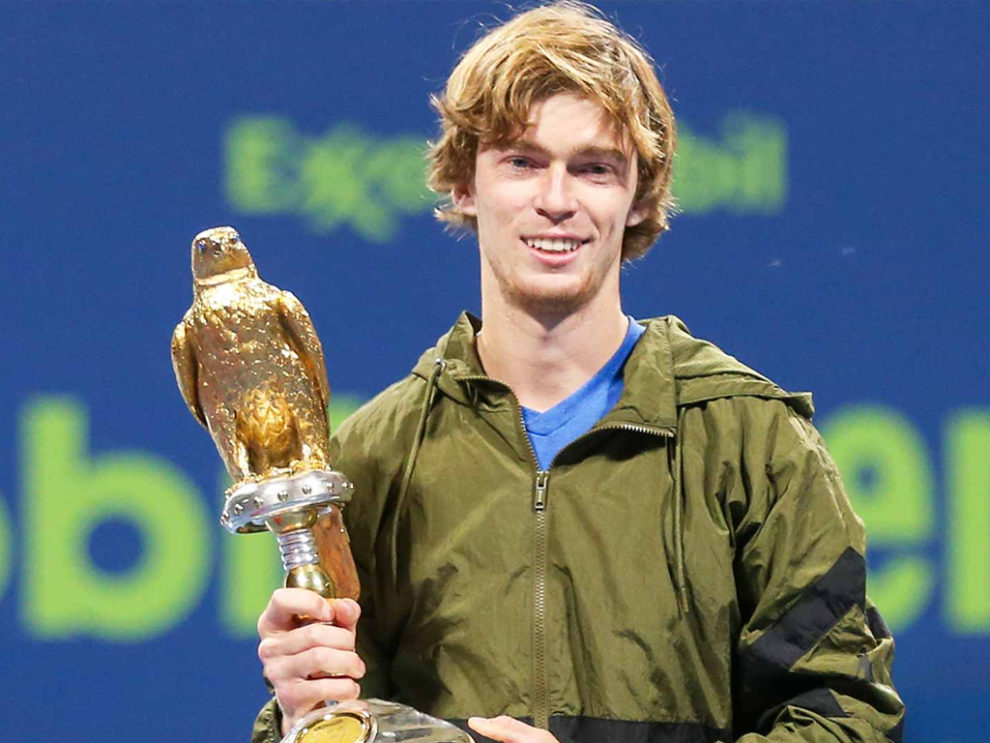 The star-studded Qatar Open had all that was expected from an international tennis tournament in Doha, Qatar, including the striking performance from Andrey Rublev.

With each match entirely gripping, the tournament experienced no issues in garnering the attention of fans from all over the world.

Moreover, considering the courts, matches were played at and the hosting arrangements during the tournament, it would be not wrong to claim that the tournament was a success.

Additionally, the performance of the famed players like Stan Wawrinka, Andrey Rublev, Corentin Moutet, and Jo-Wilfried Tsonga did wonders to the already splendid tournament.

While the tournament was a success for many, Qatar Open became a memorable tournament, especially for the 22-year-old Russian player Andrey Rublev.

Rublev, after a nerving match with Mikhail Kukushkin, which he won in a straight set of 6-4, 6-2 within 69 minutes, advanced into the quarter-finals of the tournament and defeated the French player Pierre-Hugues Herbert in a straight set as well.

Apart from the quarter-finals, Rublev continued with his stellar performance in the semi-finals and finals as well. He went on to put on a great show for the tennis fans, especially in the finals, where he defeated the 20-year-old French player Corentin Moutet by a score of 6-2, 7-6.

On the other hand, the 28th edition of the Qatar Open had some of the historic moments of its own as well.

Also, as per the sports analysts and critics, the quarter-final between Moutet against the Spanish player Fernando Verdasco and the semi-final between the Swiss player Wawrinka and Moutet were the most spellbinding matches of the tournament.

And perhaps it was the only tournament where player had won 12 out of 13 sets he played and that too at the starting of the season.

Besides winning his third career title in the form of 2020 Qatar Open, Rublev also won a grand prize of $227,930 and 250 ATP points, due to which he will rank amongst the top 20 players worldwide for the first time.

After winning the tournament, Rublev said, “It’s amazing. I’m always really happy to play here. I always enjoy my time here and to finally win the title is something special for me. It’s my first experience at the start of a season with the trophy and it’s an amazing feeling. I hope I can keep this level.”