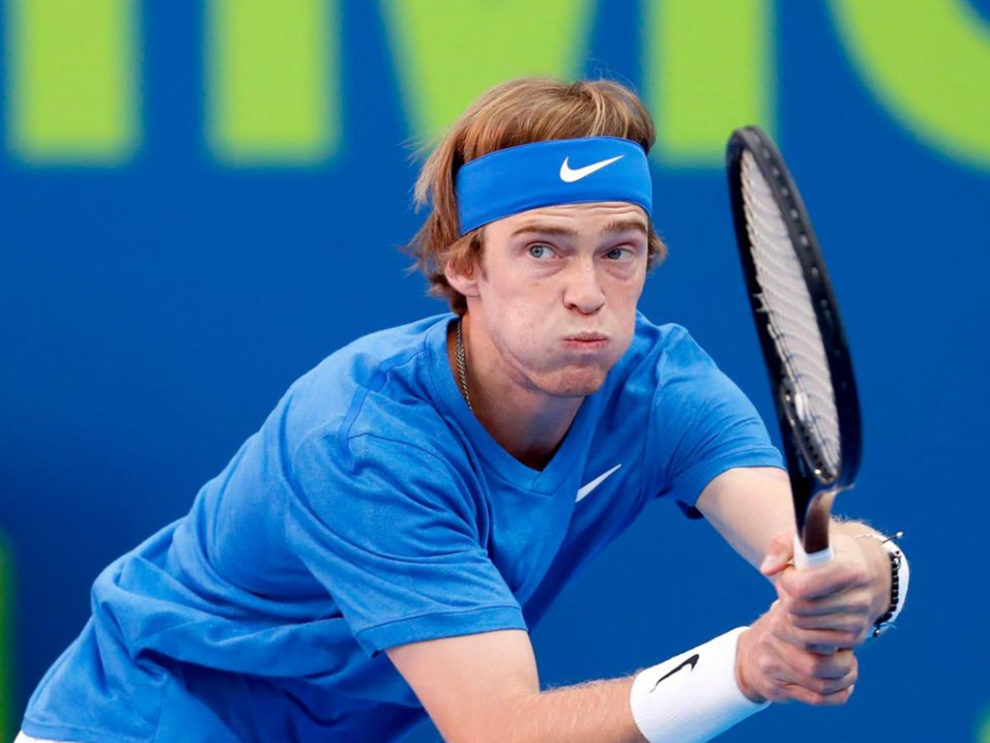 Everything is going well for the 22-year-old Russian professional tennis player, Andrey Rublev currently. Rublev, who achieved singles ranking of 22, the highest position of his career in October, has emerged stronger with the Qatar Open.

Rublev, known for his powerful groundstrokes from the baseline or behind it, defeated Mikhail Kukushkin in a straight set of 6-4, 6-2 in the Round of 16 of the Qatar ExxonMobil Open.

At no point during the match, Rublev allowed Kukushkin to overpower him or let the result of his three in past four matches with the latter affect his performance in the second-round opener at 2020 Qatar Open.

Not only the audience but the critics also speculated that the Round of 16 match between Andrey Rublev and Mikhail Kukushkin will prove to be a “really tough match” for the former.

However, Rublev proved all the speculations wrong and emerged victorious in just 69 minutes to advance into the quarter-final of the tournament.

The splendid flair of the 22-year-old can be seen by his stats of match with Kukushkin alone. With four aces, only 1 double fault, four out of nine breakpoints, and a total of 57 points won in the game, Rublev appeared a player with sole focus on winning the Qatar Open for the first time in his life.

Speaking over his win, Andrey Rublev said, “I’m really happy that I could win in straight sets today. Both of us were not really feeling the ball as normally we can feel, so it was more about mental.”

“It was first match of the season, first match since two months. And, of course, I was a little bit nervous… But in the end, I’m happy that I accepted this and I focussed more on the things [for] how I can win with the game that I have today. And I’m happy with my performance.”

Speaking on why it was important for him to win the match, Rublev said, “Even when you finish the season well and you don’t play for a while, you lose a little bit [of the] rhythm of playing… If you win the first match, you feel like you’re back in the rhythm.”

“I need to win match to feel this feeling, to bring the confidence back. And that’s why I think it’s important, the beginning of the season,” he added.

Post this win, Rublev has advanced into the quarter-finals. However, there is a pause on his possible winning streak in the tournament since his quarter-final against French player Pierre-Hugues Herbert got suspended due to rain.

It remains to be seen if Andrey Rublev can continue his magnificent performance from the last match to score a win against Herbert as well and advance into the semi-finals or would this be the end of his journey in the Qatar Open.