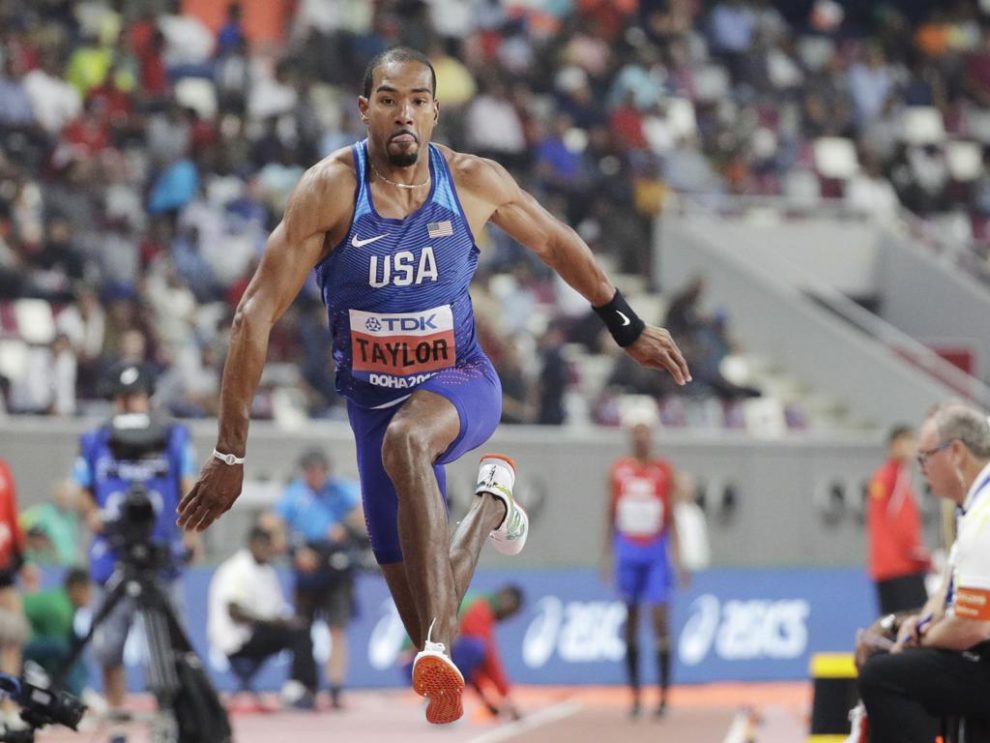 On Sunday, during Men’s Triple Jump competition at the IAAF World Athletics Championships Doha 2019, it was persistence that came through for USA-based Christian Taylor. From the starting of the competition, USA-based Will Claye had everything going as he wanted.

While Claye’s first two leaps of 17.61m and 17.72m gave him the lead on all other competitors, Taylor received second consecutive foul putting his title in peril. As a result, he had an intense pressure to land a valid jump and remain a part of the IAAF Doha 2019.

In the third round, 29-year-old Taylor took a leap of 17.42m, successfully managing to remain in the competition. On the other hand, Claye registered a jump of 17.53m in round three, maintaining a series of splendid performance.

Taylor managed to land a valid jump in third round, keeping the hopes of safeguarding his title alive and winning the tournament. Later, in the fourth round Taylor managed a jump of 17.86m maintaining a lead of 11 centimetres from Claye’s personal best 17.74m.

It was not for the first time that Christian Taylor and Will Claye experienced a stiff competition from each other. Prior to the IAAF Doha 2019, Taylor and Claye gave each other a healthy competition in IAAF 2017 held in London. During that competition, Taylor landed a jump of 17.68 m to bag the gold medal leading Claye by 0.05m.

The jump in the sixth round was a mere formality for the two-time Olympic Champion Christian Taylor as his title was secured by the jumps of Zango and Claye who achieved third and second position respectively. While Zango acquired third position with a jump of 17.66m, Claye also landed a jump of 17.66m only to gain second position in the competition.

Post the tournament, Taylor went on to praise the city and infrastructure as he said, “Doha is a very special city for me. I always get a lot of love here and conditions are perfect. I wanted a farther jump, but I am grateful for the win.”