There is nothing new in running for success, however what’s shocking is the current condition of Justin Gatlin, a track and field athlete, who despite being banned for drugs twice, is still not ashamed of his current actions. Shocking, but true. Find out who inspires Galtin to take such decisions! 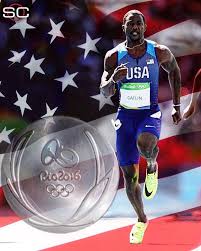 As Gatlin won silver medal at the London Olympics in 2016, it was expected that he would be treated nicely, besides what we heard making the news was that his wife left him, speaking of his inability to win gold at the event. Indeed, an act of shame for Gatlin.

Moving on, as his wife speculated about his inability to win gold, the real reason has now begun to unfold in front of the world. Having already being banned twice for doping charges, Gatlin is suspected to fall prey to the drugs once again in his life.

Further, as reported by The Daily Telegraph, who sent a reporter posing as a movie producer to Gatlin’s Florida training camp, where they met Justin Gatlin track coach Dennis Mitchell and athletics agent Robert Wanger. The reporter told them he was making a movie about running and hence wanted to give its star Performance enhancing drugs (PED’s), in order to improve their physical attributes. The Newspaper further reported that the two were ready to prescribe PED’s and make them available in the United States of America (USA). Though Gatlin denied any connection with PED’s and fired his coach, but it gives a clear indication of how coach and athlete worked together in order to win big medals.

Further proving that Gatlin’s coach is the big reason why the two got separated.

If not winning gold was the real reason why Justin Gatlin’s wife left him, she would have been back by now, following his husband’s gold medal run in 2017 World Athletics Championships, where he defeated Usain Bolt in his final race. Therefore, it is evident that Justin Gatlin who craves for glory at the back of drugs, needs to decide fast on what he needs the most.

Sports Meets Politics: Is This How Saudi Plans to Modernize?
Even a 15-month ‘Therapeutic Vacation’ Could Not Cure Sharapova!
Comment