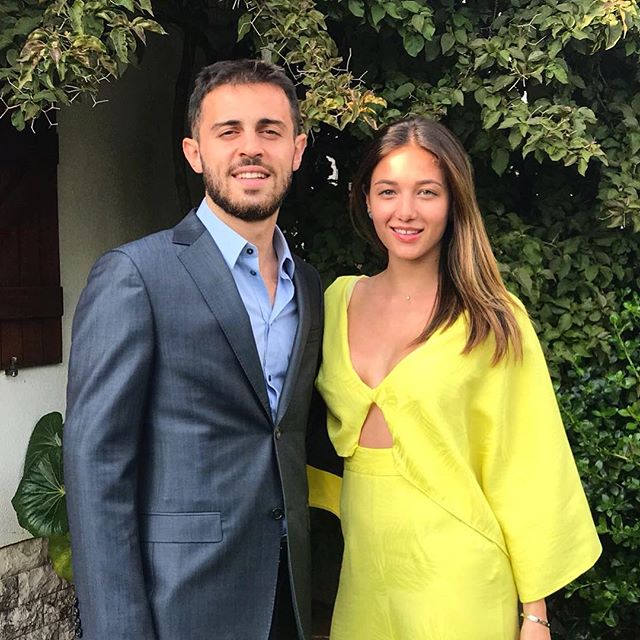 Glamorous strikes are what best describe Manchester City. Besides, as they say, success can come knocking on your door sometimes, and for City it really did. The team is lucky enough to have found Bernardo Silva, and even luckier to have found his girlfriend, who made sure City’s name is always in the good books. Looks like ‘couple goals’ have become ‘City goals’.

The glamorous model is the reason why Manchester City campaign magnetizes people all around the globe to be the club’s fan. While Silva is credited for his contribution in helping the team lift Premier League title last season, his girlfriend has been duly credited for ‘keeping the fans’ spirits a notch higher’.

The 24-year-old model was working in the marketing department for Les Monegasques, while studying towards a degree in business.

The half-French and half- Portuguese beauty peasant got her first full-time job with the club and worked as a project manager. Alicia is not only a lucky charm for City, but for Silva as well, who has achieved great heights at the young age of 24.

She is exceptional at anything she does, just as her counterpart, who is a complete package in himself, and has performed exceptionally well for City. Silva earns an astounding £120,000-a-week on contract basis, an amount that would have stopped most wags from working hard. However, Alicia is different and believes in contributing equally.

According to her LinkedIn profile, Alicia can speak six languages – French, Portuguese, English, Italian, Spanish and Chinese. So, the next time you feel a connection to City, it could be the versatile magic of Alicia, who has brought Manchester City to the center stage.