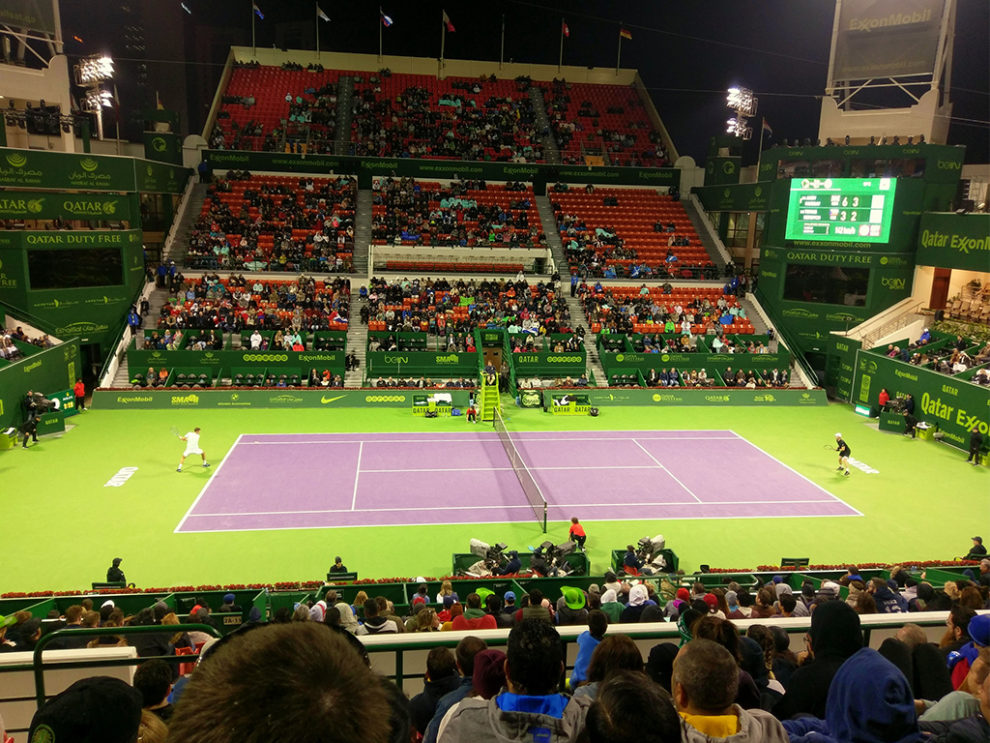 The 28th edition of the Qatar Open, also known as the Qatar ExxonMobil Open, is set to begin from January 6 at the Khalifa International Tennis and Squash Complex in Doha..

The tournament has already begin to see the inflow of the renowned tennis players like Stanislas Wawrinka of Switzerland, with other key players Jo-Wilfried Tsonga of France, and the last year’s Champion Roberto Bautista Agut of Spain to join the tournament soon.

The 2020 Qatar Open is special for multiple reasons, including the emergence of the gulf country as a sport enthusiast and a football giant by winning the AFC Asian Cup and displaying stellar performance in the Arabian Gulf Cup and FIFA Club World Cup.

The Gulf country has also emerged as one of the best hosts for major world-class tournaments like IAAF World Athletics Championship and making its name in the sports of cricket with the Qatar T10 league.

Apart from Wawrinka, Tsonga and Agut, Richard Gasquet, Andrey Rublev, Milos Raonic, and Fernando Verdasco are also set to make an appearance at this year’s tournament.

The other reasons that make Qatar open, one of the best tournaments that tennis enthusiasts eagerly looked forward to, is the fact that most of the legendary players like Roger Federer, Andy Murray, Rafael Nadal, David Ferrer, and Novak Djokovic have played at the tournament at some point of their career and won the tournament as well.

While Nadal had established his dominion over the hard court by winning the 2014 singles title and four doubles crowns in 2005, 2009, 2011, and 2015. On the other hand, Djokovic joined the list of elite tennis players by winning the tournament back to back in 2016 and 2017.

Speaking on the magnificence of the Qatar ExxonMobil, Tournament director Karem Alami said, “We are aware that the ATP Cup stands as the priority in the opening week for many players from the top but we have some good names as well, including Stan Wawrinka and other notable names like Jo-Wilfried Tsonga.”

“We would love to move the tournament to February and make it a part of the Middle East swing with Dubai, hoping to hear good news about that in the future, but it is certainly not easy,” he added.

Qatar Open: Andrey Rublev Enters Quarter-Finals after Round of 16 Win
Why 2019 is a Special Year for Sports Development in MENA Region?
Comment