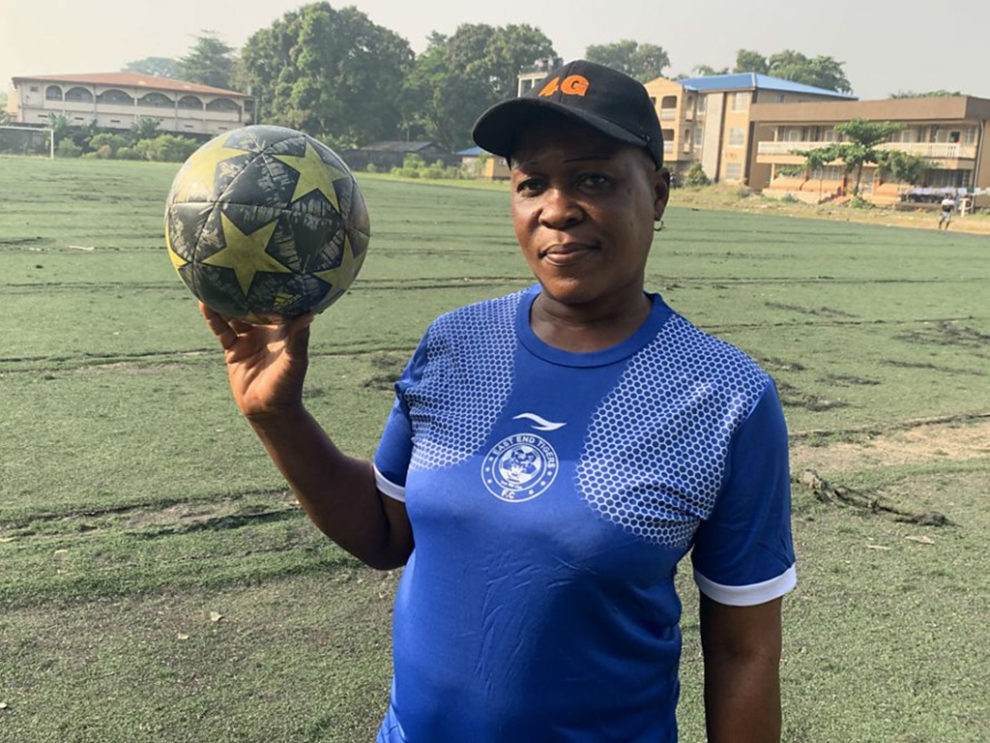 Everyone in their life wants to accomplish a feat that makes them a source of inspiration for many. While the journey to success is not easy, it becomes exponentially hard for women due to the hurdles of gender discrimination, sexual assault, and many more.

Even though women from every country face the same ordeal, the issue worsens to a great extent in Sierra Leone, a West African country, where women look after the infected during the epidemic without any proper safeguards and measures.

On the other hand, Victoria Conteh has successfully steered past such adversities to become the country’s first female head coach of top-tier men’s football team.

One of the many factors that make Conteh’s achievement splendid is that she is the second woman in the entire African continent to manage the high-end men’s soccer team.

Some of the other accomplishments of Conteh are that not only is she the only female coach in her country with a Caf ‘A’ license but, she has also managed the national under-20 women’s team and the outfit of Women Police of Sierra Leone.

In regards to 45-year-old Conteh’s appointment as the head coach of East End Tigers, owner Victor Lewis said, “It shouldn’t be a man or woman thing, it should be about who is qualified to do the job. We’ve decided to appoint her because she’s qualified and that’s the bottom line.”

“We’re happy to secure her services and we believe her appointment is good for the women’s game. She has a two-year mandate and we’ve given her the target to finish in the top four and we are very confident that she can deliver.”

On the other hand, Conteh in regards to her appointment said, “I’m happy and proud about the appointment and I welcome it with open hands. This is a surprise Christmas package for me because I wasn’t expecting it.”

“I know it’s not easy for a woman to serve as coach in the top flight in Sierra Leone but I’ll cope with the pressure and I’m determined to do well,” she added.

Although gender equality and women empowerment have been major issues needing to be addressed in Africa, it is nice to see women coming out on top, despite all the adversities, based on their determination and skills.

While there is no doubt that the East End Tigers will achieve great height under Conteh’s guidance, will her achievement aid in empowering the women of Sierra Leone in all sections of society including sports, is the only question that remains unanswered.